This chewsday is the day preceding my 21st birthday. As a result, today I’ll give two facts on birthdays.

The song “Happy birthday to you”, which is widely popular in western culture as a feature at every party, originated from a different song composed by two American siblings. This song was “Good morning to all”. The melody and lyrics were written by two sisters – Mildred J. Hill (born 1859) and Patty Smith Hill (born 1868). Patty was a schoolteacher who developed the “Patty Hill blocks” and was a faculty member at Columbia University Teachers College. Mildred was also an educator who later on became a composer, organist and pianist. The melody was composed by Mildred and the lyrics were written by Patty, but it was originally for a classroom greeting song titled “Good Morning to All.” The song “Good Morning to All” was part of the book Song Stories for the Kindergarten which the sisters co-wrote and published in 1893.

From then on the lyrics were changed from its original form to “Good Morning to You” and then to “Happy Birthday to You.” It is still unclear who changed the lyrics that turned it into a birthday song, but it was first published in 1924 on a book edited by Robert H. Coleman. It is widely hypothesised that the children of the original class changed the lyrics themselves, so much so that the tune was picked up by the eventual (and probably unwitting) publisher. Since then, the song became popular and in 1934, Jessica Hill, another Hill sister, filed a lawsuit because of the unauthorized use of the “Happy Birthday to You” melody which clearly resembles the melody of “Good Morning to All,” the song her sisters originally wrote. Now, the Hill foundation reaps about two million dollars every year in royalties for the use of the song.

Of course, birthdays are quite special, but not uncommon. With over seven billion of us crawling all over this rock and only near four hundred days to separate us, overlap is inevitable. But what are the odds we share a birthday with a friend? Better yet, what are the odds we share the date with anybody at all? This is the underlying premise behind what is dubbed ‘the birthday problem’. By simple probability (and just sheer logic) we know that for every 367 people two of them have to share the same birthday (not leaving out our leap year babies). But what if we don’t want 100%? What if just shy of 100% would do. It turns out that when we reach seventy people the odds are 99.99%. Sounds crazy, I know. Worse again, if you assemble just 23 people, your odds are a staggering 50%! If you can cast your minds at all back to Leaving Cert (or SATs or A levels) you will remember that we must calculate 23 choose two, which actually extrapolates out to 253 combinations, which seems far more reasonable to work with. We won’t get into the nitty gritty of the numbers here, but if you like, you’re free to try your hand over http://en.wikipedia.org/wiki/Birthday_problem.

Indeed the numbers do speak for themselves, although I’m sure gathering a random group of people would be a much funner experiment. Based on the theory above, we could share our birthday with anyone, even famous people. A quick google search told me I will be celebrating tomorrow with comedian Will Ferrell and Champions League winner Gareth Bale. Comment below if you find anybody interesting you will be sharing your date of birth with? 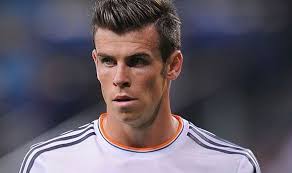