Last week on RTE I caught a documentary around twelve O’clock that provided the inspiration for this week’s mystery. The documentary itself was called Cropsey, and it comes highly acclaimed after receiving good reviews over at Rotten Tomatoes and Metacritic. Cropsey, the narrator explains, was a sort of boogeyman of Staten Island. For the kids in the neighborhood, Cropsey was the escaped mental patient who lived in the old abandoned Willowbrook Mental Institution, who would come out late at night and snatch children off the streets. Sometimes Cropsey had a hook for a hand, other times he wielded a bloody axe, but it didn’t matter, Cropsey was always out there, lurking in the shadows, waiting to get them.

In a period of around twenty years spanning from the early 1970s to the late ’80s, five children went missing on Staten Island. It was only then that the world, the police, and the children themselves sat up and realised that Cropsey was real, and he was taking kids just liked the urban legend had said. The Willowbrook State School was a “school” for mentally retarded children back in the ’60s through the early ’80s.  In 1972, Geraldo Rivera got his big break by doing an exposé on the school, showing its deplorable conditions. Overcrowding, neglect, physical and sexual abuse, and illegal experiments were just some of the things that went on at Willowbrook.  It was finally closed in 1987.

But the disappearances had been happening for nearly two decades at that point. In 1972, 5-year-old Alice Perreira vanished after her brother had left her alone for a moment. They had been playing in the lobby of their apartment on Tysen’s lane. Reports also suggest she may have been spotted in one of the local parks sometime later. Whatever the truth is, she has never been seen again.

Holly Ann Hughes was last seen in the vicinity of Richmond Terrace and Park Avenue in Staten Island, New York at approximately 9:30 PM on July 15, 1981. Her mother sent her to purchase soap at a nearby deli at the time. She has never been seen again.Some statements say she was seen walking home from her babysitter’s house last. A month after her disappearance, Holly’s mother received an eerie phonecall from her apparent kidnapper. The man who called himself “Sal” said Holly would be returned safely if the mother came and performed sex acts on film with him. The mother, accompanied by detectives, went to Penn Station in New York City, but Holly’s captor never showed. She said she never really believed “Sal” had Holly, and thought at this point that her daughter was dead. Holly’s parents would later criticise the police for their handling of the investigation, where they supposedly discarded many key witnesses based on prior criminal records. The police have stated no misconduct occurred at the time. Holly’s mother stated her child was a streetwise girl who knew how to take care of herself.

In 1983, 11-year-old Tiahease Jackson was reported missing after her mother had sent her to purchase food and she did not return. She was last seen exiting the Mariner’s Harbor Motel in Staten Island on August 14. She lived in the hotel with her mother and three siblings. The family had moved there after being burned out of their apartment. Tiahese’s mother also described her daughter as streetwise and safe. She had frequently run errands in the city and was sometimes on her own. She had been warned about predators. Both Tiahese’s mother and uncle have been cleared by lie detectors and are not considered suspects.

In 1984, Staten Island resident Hank Gafforio was reported missing after he did not return home one night. Gafforio was described as being “slow” and had an I.Q. in the 70s. At the time of his disappearance he was 22. He went out drinking that night, but was denied service at Mugs Away. Instead, he spent the night at The Spa Lounge. Hank lived at 99 Heberton Ave with his parents and three brothers, and coincidentally lived just around the corner from Holly Ann Hughes’ house. In fact, in one chilling news report surrounding the disappearance of the girl, Hank can be seen in the background staring blankly into the camera.

Jennifer Schweiger, born with Down syndrome, was reported missing on July 9, 1987. She said that she was going on a short walk, only to never return. Residents banded together to form a search group and found her body after a 35-day search. While combing the area around Willowbrook State School, George Kramer, a retired NYC firefighter, had his attention caught by a particular spot. He returned with the police and a small foot was unearthed. With continuous digging, the entire body was unearthed from the shallow grave and the remains were positively identified as those of Jennifer. In the next few days, police would search the grounds for evidence, which is when the case took a chilling turn.

Andre Rand was born on March 11, 1944 as Frank Rushan. The origins of the name “Andre Rand” are unknown. In the mid 1960s, Rand worked as a custodian Willowbrook. The hospital is located on Staten Island, New York and is surrounded by a forest called the Greenbelt. On May 25, 1969, Rand was arrested for the attempted sexual assault of a 9-year-old girl. He was caught during that attempt and was charged with kidnapping and attempted sexual assault, and served 16 months in prison.After his time was served, he was accused of raping a young woman as well as a 15-year-old girl.On a separate occasion, Rand picked up a group of 11 children from the YMCA located in Staten Island NY in a school bus, purchased a meal for them without the consent from any of their parents, and took them a New Jersey airport. None of the children were harmed in this encounter, but Rand was apprehended and served 10 months in jail for unlawful imprisonment.

Andre Rand was first suspected in the case of Jennifer Schweiger when one of his makeshift camps was found near the site of her body. In 1988, Rand was charged with the kidnapping and first-degree murder of Jennifer Schweiger. The Staten Island jury could not reach a verdict on the murder charge, but convicted Rand of the first-degree kidnapping charge. He was sentenced to 25 years to life in prison. He would have been eligible for parole in 2008 if not convicted of a 2nd kidnapping. In 2004 Rand was again brought to trial, this time charged with the kidnapping of Holly Ann Hughes 23 years earlier. A jury convicted Rand of the kidnapping in October 2004, and he was sentenced to another consecutive 25 years to life in prison. He will become eligible for parole in 2037, when he is 93 years old.

In 1981, Rand’s aunt had lived in the same building as Holly Ann Hughes. Holly’s mother also identified him as the voice she heard on the other end of the phone one month after her child’s disappearance. Witnesses claim to have seen Rand’s green car circling the block at the time of the girl’s kidnapping, and a few have even gone so far to say they saw Holly in the car itself. Rand also has some circumstantial evidence to the case of Alice Perreira. At the time she went missing, he was working as a painter in her apartment. In the case of Tiahese, Rand was known to have had a campsite in the vicinity of her hotel, and was even seen loitering in the car park on occasion. Gafforio also lived on the same block as Rand. 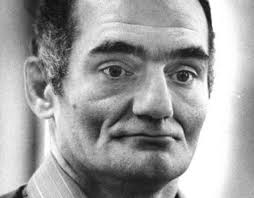 To this day, Rand maintains his innocence in relation to the disappearances. He has remained the prime suspect in each case due to his claims of being excited by children, and his self proclamation as a new Ted Bundy. Whether Rand actually murdered the five children above, the majority of which could be linked by having mental disabilities, we do not know. The real kidnapper, or Cropsey, could still be out there. The Willowbrook area remains a centre for supposed hauntings and mysteries to this day……

NEXT WEEK on Monday Mysteries, we take a look at part one in a series of posts surrounding one of the most famous mysteries in human history. The post will go up on August 31st, exactly matching the date the most chilling serial killer ever started his grisly murders.

Fog falls down over London’s East End. The year is 1888, and on a cold autumn night the last of the tavern lights are snuffed out, plunging Whitechapel into darkness. The streets are empty, only here or there littered with prostitutes who can’t afford to avoid the cold. Sitting alone in a black world, the ladies of the night are seldom stirred. Something stalks out of a street alley, and sees young Polly Ann Nichols stumbling along the pavement; drunk and humming to herself. That night Polly, and the world, come face to face with something horrid. On August 31st we meet Jack the Ripper…..

What's on your mind? Cancel reply